‘The New Forest’ was filmed with the Asmat in Papuasia (previously Dutch New Guinea). Several storylines and narrative styles are brought together, without real progression or a clear purpose, maybe apart from questioning the illusion of New Guinea as an untainted Garden of Eden. This film raises straightforward questions about the representation of the ‘exotic’, conventions surrounding documentary practice and the post-colonial experience. It tries to convey a universal sensation of space and time to the spectator. ‘The New Forest’ was made with monologues and interviews : a Papuan talks about his blindness as a contribution to the duties his ancestors were never able to fulfil ; a Korean collector describes his relationship with the inhabitants of the rain forest. A conversation about a recent trip to the Netherlands by two Papuans makes a local wish he could see and experience the world beyond his own territory. This film by de Villevoye and Dietvorst shows a sultry town, where myths and hopes stumble into each other against a backdrop of an economy that is totally out of balance. 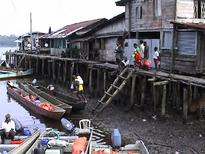 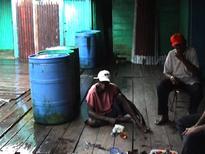 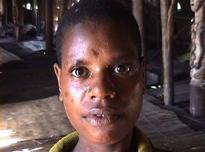 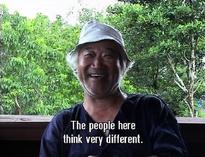