..The Ascent of Man.. Parts I, II, & III is a body of work which looks at the way reproductions/ representations are used to promote, influence and direct a way of life. Perceptual process is examined and guided through common gesture and implication of context to present a view of scientific/corporate materialistic domination of humanistic concerns. The work was produced in four components (single channel videotape, slide dissolve program, mixed media wall pieces and a bookwork). The components were designed to show individually (adapted in edited versions) and as a combined installation. ..The Ascent of Man.. Parts I, II, & III videotapes focus on the human psyche, its possible primordial essence and subsequent deviations thereof. This is expressed through the use of archetypal/stereotypical representations delivered by broadcast television (illustrating ‘man’ interrelationship to ’man’, nature & technology) juxtaposed with references to present a world view of scientific materialism’s analytical experiments and propagation of a standard social order. An order devised from the overwhelming and problematic intentionality enforced by the ontologically debased media industry predominate in our time. Metaphorical and cyclical connections are made with broadcast television material, ‘live’ video street footage, and super8 transfers to reflect upon the perceptual process and the nature of representational shifts. The causes affecting an individual’s decision making process in and out of one’s control are paralleled throughout the tapes with visual and auditory comments on the development of linear thought and seemingly ‘logical’ action. "Man, once the measure of all, gets run down by his things". The Ascent of Man part 1: Silent running, 1986, 4’15’’ part 1: Appendix, 1986, 4’40’’ part 2: Conditions of Mercy, 1986, 6’15’’ part 3: Acts of Consumption, 1987, 8’00’’ 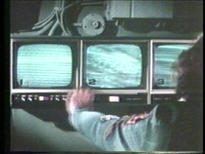 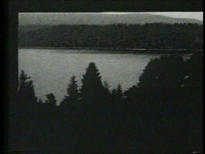 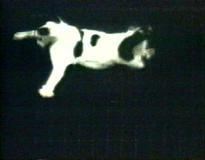 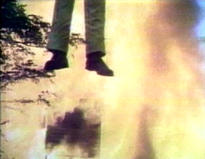