In ‘L’Aventure Ambigüe’ a tourist outing culminates in a shroud of incomprehension and aggression. When Mulliez pays a visit to a project in the ‘The Rainforest’ zoo in Walloon Yvoir, which usually displays small exotic animals, some Pygmies are busy raising funds for their village in Cameroon. To this purpose they temporarily moved their authentic lifestyle to this Belgian zoo. Due to a misunderstanding Mulliez, in an attempt to evaluate the attitude of his own – Western– culture towards the cultures of the former Belgian colonies, is taken for a saboteur and a spy for the opponents of the ‘Opération Pygmées’, as the project was referred to, and ultimately he is removed from the park by force. 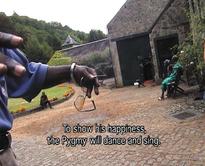 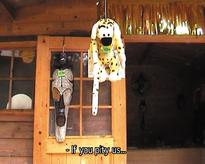 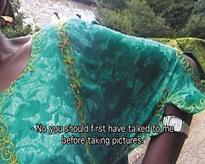 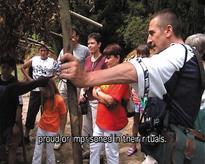