For an exhibition in the Hermès exhibition space (Brussels, October 2004), Charley Case created a circular metal construction. It contained glass plates, with a paint-brushed, Buddhist inspired, repetitive life cycle: from a chromosome to an embryo, from a foetus to a human being, who slowly starts to walk, gradually running to seed and turns into a bent old man, finally exploding into the atmosphere, after which the cycle is repeated. Following the example set by Edward Muybridge’s work, the over two hundred images are brought to life in this video. For Case, death is merely a reflection of life, the two states being part of a single whole. No matter how different or similar we are all in life, in death we become perfectly united. The title of the video is a reference to a term invented by the Belgian philosopher Yves Hammont in reference to loop-therapy. ‘Caminothérapie’ is part of the project ‘NOW WON’. 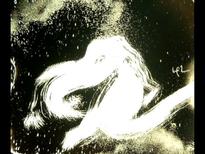 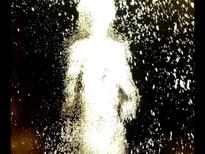 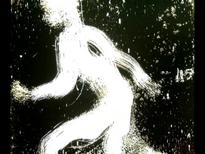