In Uncanny perceptions, the spectator is invited to abandon the desire to follow a storyteller. These videos avoid narrativity and dive into a colourful, blurred and strenuous kaleidoscope of edited and manipulated footages that, at times, are combined with unconventional soundtracks or let in silence. In Fossilization, Kurt D’Haeseleer merges the composition by David Shea and image into an immersive panorama of fossilised shapes and traces. Images were distorted, layered and shaped into an apocalyptic spectacle in which vaguely recognisable shades and objects seem to be sucked up, into a parallel, enamelled world. Karen Vanderborght applies a certain mathematical scheme derived from the musical track into a structural video clip in genuine Peter Kubelka-style. On the contrary, Pascal Baes renounces to stress his dreamy visual universe with sound and condenses 16mm footages between orchestrated chaos and exaltation. Caminothérapie by Charley Case depicts life cycle: following the example set by Edward Muybridge’s work, over two hundred images are brought to life in this video. In Dance of the 7 Veils, Van Kerckhoven films for three successive days, at six in the morning, at noon and at six in the evening, a six minutes of choreography in one take, then she superimposes these takes and recasts them in unreal colours. Nicolas Provost applies to Bataille the same process as Papillon D’Amour where he mirrored a key scene of Akira Kurosawa’s classic Rashômon: the manipulated scene turns into a shadow-fight between shades. Finally, Hänzel & Gretzel revisits the adventures of Ulysses, fixed on his interface and succumbing to the song of a numerical siren. 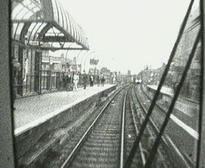 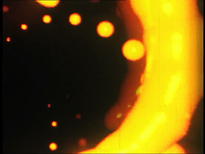 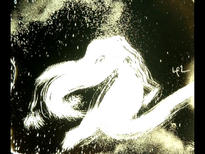 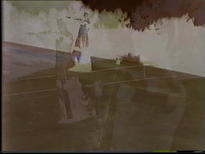 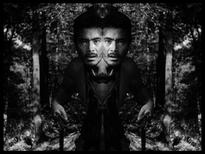