Madame Paul Six et compagnie is a sequel to Madame Paul Six, une infirmière qui a des lettres. The work is part of the series Musée de l’homme, for which Lennep follows eight individuals who own a special collection or who have special habits.
Mrs Paul Six is a farmer who is partially disabled because of an illness. She alternates the story of her life with readings from the letters she has received from various presidents whom she wrote, asking for a signature. In the meantime Mrs Six is dead and we see Lennep several times visiting her grave. 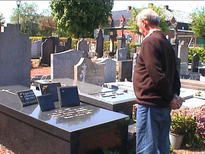 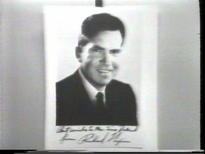 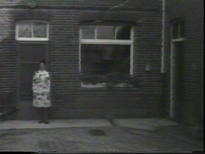