“Het Gouden Kalf” (“The Golden Calf”) is the report of a performance held in 2002. During the “Top of Laeken”, an anti-globalist manifestation in Brussels, the Golden Calf - a sculpture on a carrying board in true size - was carried in a procession to the European Parliament. The Golden Calf is, of course, the symbol for the adoration of power and money. The Golden Calf was burnt on the Place Luxembourg in Brussels. The statue appeared to have been filled with fireworks. 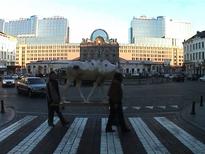 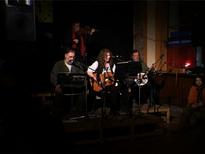 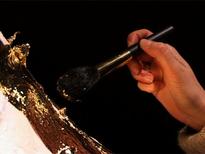 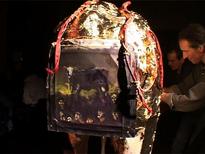 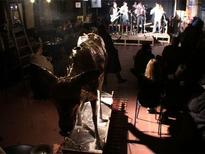 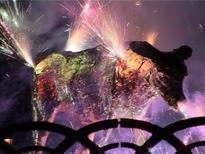