’Writing Desire’ is a video essay on the new dream screen of the internet and how it impacts on the global circulation of women’s bodies from the third world to the first world. Although under-age Philippine ’pen pals’ and post-Soviet mail-order brides were part of the transnational exchange of sex in the post-colonial and post-Cold War marketplace of desire before the digital age, the internet has accelerated these transactions. The video provides the viewers with a thoughtful meditation on the obvious political, economic and gender inequalities of these exchanges by simulating the gaze of the Internet shopper looking for the imagined docile, traditional, pre-feminist but Web-savvy mate. ’Writing Desire’ is about the rapport between words and body, and the creation of desire. The fast-paced video links the writing of romantic desire by means of electronic communication technologies to the increasing disembodiment of sexuality and commercialised gender relations. The booming bride market emerges as a site where the virtual and the physical exchange of bodies converge. The video examines the different subjectivities produced through this exchange in both the industrial world and in post-socialist and Southeast Asian countries, and looks at their respective desires. Electronic communication technologies challenge the boundaries between private fantasy and the public sphere. In this compressed electronic space, the notion of the self undergoes transformations that also affect questions of boundaries, gender, and sexual relations. Writing Desire links the creation of romantic desire through writing to the production of desire in consumer culture. The bride market in general, and the virgin market in particular, are evidence of the impact of capitalism on sexual relations through the internet. russian.bride.com, tigerlilies.com, and blossoms.com are among the many sites which advertise large numbers of women from the former Soviet Union and the Philippines to the global male community. In their digital representation, the female bodies are reduced to a flat minimum of visual and textual information, and the digitised on-line videos technologises the bodies even further. The slave of the colonial era is transformed into a post-Fordist robot. In a high-tech guise the sites draw on a historical narration of the female racialised body as an object of desire that awaits being conquered. So the global trade with humans is accelerating through the internet, resources are almost inexhaustible, and many of these enterprises are syndicated operations. However, through the new possibilities of net.cast video clips, women are also able to voice their desires, and by doing so, they resist complete sellout. As subjects with desires they can no longer be reduced to mere objects of desire. This video is an attempt to articulate different writing positions and their respective desires. In Mexico City, the virtual artist Maris Bustamante, who was tired of the local machismo, recently found an American husband via the internet. For her, the new media opened greater possibilities to reformulate expectations and set her desires into motion. The internet creates different subjectivities in the industrial and the developing worlds. But meanwhile, in metropolitan centers in the Philippines, one of the poorest countries in Southeast Asia, every neighborhood has internet cafes crowded with young people. Slum girls have access to the internet there. However, the usage may have a different purpose in such a location. Writing Desire goes beyond lamenting a lack of access and attempts to differentiate female desires in the usage and the representation of virtual culture. (Source: https://www.geobodies.org) 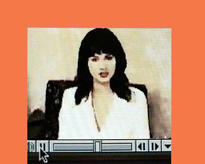 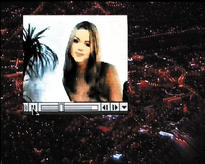 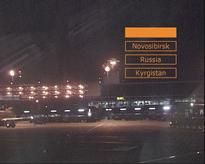 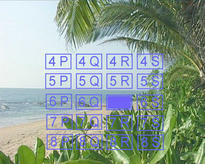 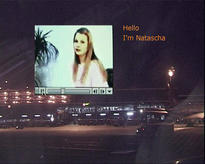