With his videos Downsbrough creates natural portraits of urban environments. Everyday surroundings are observed, dissected and transformed into architectural illustrations, with a proper sense of order and chaos. In long, steady shots and travellings space is reduced and abstracted into minimalist constructions, simultaneously they assume identifiability. His visual conceptual ideas are interwoven with explorations of semiotics and linguistics, in a well-considered play with the layered structure and meaning of time, space and language. In ’ET/C’ he presents a voyage between two cities, pointing out that the perception of urban space is determined by a multitude of dislocations and shifts. Space defines itself as a sequence of various contexts, not as a reality which might be considered from a single point-of-view. 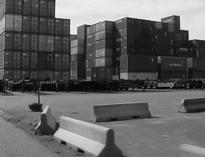 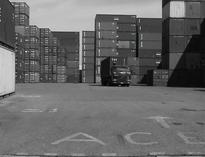 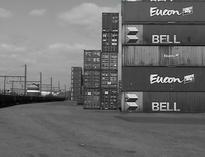