The work of Messieurs Delmotte is situated somewhere between reality and the improbable, somewhere between playfulness and dilettantism. Delmotte, who is one person, despite his adopted plural title, is immediately distinguished (distinguishes himself) by his outward appearance. He could be regarded as a strange, updated version of a 19th-century dandy or even as a 21st-century Buster Keaton. His usual garb is a tight-fitting three-piece suit, and his semi-long, gel-drenched hair is combed flat, parted down the middle, and cut ruler-straight at the bottom. Delmotte plays a character who regales his audience with physical stunts and pranks that are as unpredictable as they are absurd. Like Keaton, he is always engaging in mock-heroic battles with trivial objects, characters or circumstances. In the merriment and nonsense lies the existential, poetic revolt of the work: Delmotte’s feels that contemporary society has too little common sense and fairness to dismantle the mechanisms of social conditioning that govern our existence. This explains his abandonment of good taste and his escape into the ridiculous and the absurd. His own body plays a cardinal role as an instrument of unruliness. 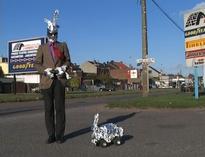 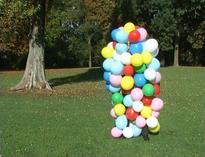 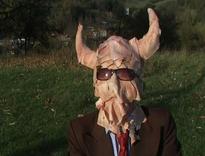 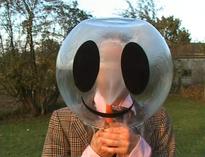