Following a successful premiere last year, ART COLOGNE (16 until 19 April 2015) will once again dedicate itself to the theme of film art with its own section. ‘Flanders Moving Image’, the name of this year's programme, focuses on film and video works by artists who live and work in Flanders and Brussels. The series is curated by Prof. Philippe Pirotte, dean of the Städelschule in Frankfurt am Main, and Fabian Schöneich, curator at the Frankfurt Portikus.

In the newly designed theatre and lounge area of hall11.3 of Koelnmesse, selected film and video works by Sirah Foighel Brutman & Eitan Efrat, Dora García, Johan Grimonprez, Jos de Gruyter & Harald Thys and Meggy Rustamova will be shown. In addition to this, the film The Invader (2011) of the Belgian artist Nicolas Provost will be shown on Saturday, 18 April at 6:00 p.m. in the Filmhauskino. The programme attempts to provide focused insight into the artistic production of Belgium, without emphasising a specific scene or generation. In the work by Sirah Foighel Brutmann & Eitan Efrat, entitled ‘Printed Matter’ (2011), the photographic archive of the press photographer André Brutmann, the father of Sirah Brutmann, is the starting point for an investigative approach to her own past, combined with important events in Israel between 1982 and 2002. Meggy Rustamova's work, ‘Invitation to the voyage/L’invitation au voyage’ (2014), deals in a poetic fashion with the potential of photography to tell stories, but also to illuminate history. The clearly and narratively, readable works are supplemented by Dora Garcia's ‘The Joycean Society’ (2013). In contrast to this are the considerably more abstract works of Johan Grimonprez, as well as of Jos de Gruyter & Harald Thys, who enable the viewer a completely different perspective and aesthetic.

‘Flanders Moving Image’ 2015 is organized by ART COLOGNE in cooperation with Argos, centre for art and media, Flanders Arts Institute and Flanders Image. All three institutions are dedicated to the promotion and the international networking of art in Flanders. 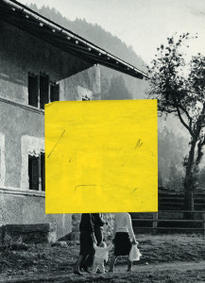