Asked to compile a screening program for these first ’Rencontres’ to be held at Madrid’s Círculo de Bellas Artes, Anke Buxmann and Maria Palacios Cruz decided to borrow the title from Joëlle de la Casinière’s 1973 film So Happy in which de La Casinière, barefoot against an abandoned and ravaged metropolitan background, promotes her book Absolument nécessaire ("Absolutely indispensable") in the streets of New York. Nothing is true, anything goes. Her joy, freedom and social commitment are shared by the three videos which Argos will present in Madrid. The selected works by Charley Case, Sarah Vanagt and Joëlle de La Casinière herself are all jubilant rebellions with the street as a common background. Revealing great sensitivity to political and social debate, the videos in this program militate for a freedom of expression and movement somehow naïve but absolutely joyful. 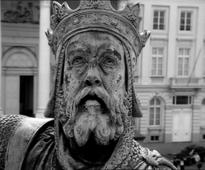 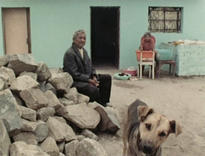 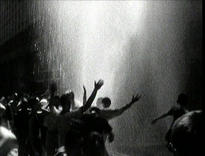