In Angel Vergara’s work, objects often make way for current political affairs, the economic situation and events in society. His work is based on everyday life, into which he then injects his art. It is precisely in this intermediate space that Vergara (1958) puts incisive and often playful questions about both ‘the world’ and ‘the art world’.

This exhibition Monday: Firework; Tuesday: Illuminations; Wednesday: Revolution concentrates on history, and more especially on the early days of the Belgian monarchy and its cultural, social-political and economic context.

The title of the exhibition derives from an anonymous poster that circulated in Brussels in the days preceding the Belgian Revolution in 1830 – a slogan-like message that appeared to be announcing a show of some sort. Vergara makes use of this historical ‘reality’ for a reflection in which historical facts intersect with fictional elements and personal thoughts. The exhibition circuit is conceived as a whole, even though it is divided into three chapters, and the artist called it ‘an anti-painting of history’. This is precisely why we see such historical figures as Karl Marx, Friedrich Engels, Leopold I and the painters Gustaaf Wappers and Antoine Wiertz, in addition to contemporary figures. While questioning Belgian cultural identity, Vergara employs the accepted national ‘history’ as a launch pad for an exposition in the form of a dialogue with today’s Europe.

That means this exhibition is not by any means an instructive circuit, rather a subjective topography. Vergara’s mental exercise on autonomy, the sense of community and personal freedom – on the genesis and existence of an identity and a nation – is related to the artist’s position in society. 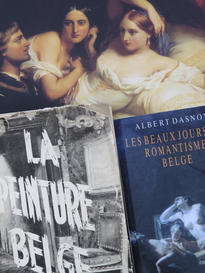 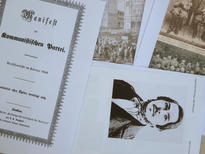 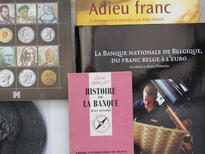