"Thierry De Mey is a composer and film director. A large part of his musical production is meant for dance and film, but he has another outlet through the casual collective of Maximalist!, which he set up with Peter Vermeersch, Walter Hus and Eric Sleichim. By now this has resulted in an elaborate body of work, which was once designated ’minimal music goes jazz goes rock goes polyphonic!’ To such choreographers as Anne Teresa De Keersmaeker, Wim Vandekeybus and Michele-Anne De Mey he is not merely a composer, but also a valuable collaborator during the invention of ’formal strategies’ - to use an expression he holds dear. ’Movement’ is probably the main element in his work, which unifies and brings together various artistic disciplines he is fascinated with. He teaches at P.A.R.T.S., the dance school in Brussels and, among other places, he has been a guest at the festivals in Montpellier and Strasbourg (Musica) and the IRCAM in Paris. His compositions have been performed by ensembles like the Arditti string quartet, the Hilliard ensemble and the London Symphonietta. His work has been awarded both with national and international prizes, for instance International Rostrum of Composers (Unesco), the Filmfestival van Vlaanderen in Ghent, the Grand Prix International du Film de Danse in Nice and the Moving Pictures festival in Toronto." (Argos festival 2005 catalogue) 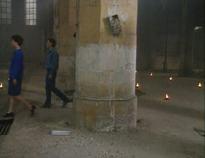 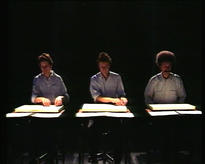 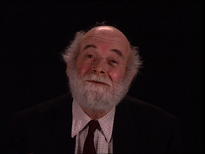 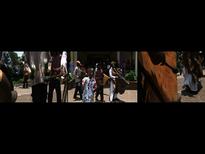 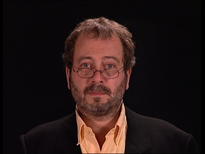