Musique de tables is the film of the visual and music work of the same name created in 1987 : Three percussionists, each with only a little table as an instrument. The positions of the fingers and the hands and the rhythmic patterns are codified in a repertory of original symbols employed in the score. Musique de tables sets out to explore the delicate line between music and the movement that produces sound.

'Hands/ Musique de table' won the prize for the best Belgian short film at the 1999 Flemish Film Festival in Ghent. 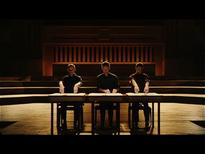 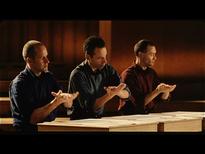 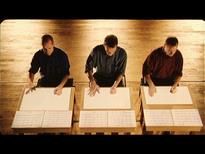