Marie André’s video work incorporates various genres, like narrative fiction, portrait, documentary and performance and always starts from observation. Her subjects show a strong inclination towards the elegance of everyday gestures and intimate details, with a predominantly female approach. André’s fascination with the eloquence and significance of everyday gestures, particularly those of women, finds its perfect correlative in the post-modern choreography of Anne Teresa De Keersmaeker. Over a period of six months in 1985, André recorded De Keersmaeker’s dance group Rosas, as members rehearsed and developed the piece ‘Elena’s Aria’, in which ordinary movements are isolated and transformed. In ‘Répétitions’, André’s rhythmically composed interpretation, she observes the intensity and concentration of the female dancers as they repeat a series of precise, gestural movements taken from everyday life: brushing their hair back, crossing their legs, sitting down. Repetition and rehearsal are both the theme and structure of this elegant work, as André documents the progression of the rehearsals and celebrates the process, rather than the final production, of the dance. In ‘Temps d’hiver’, made in 2001, a filmmaker is at work in the heart of winter. Her work encompasses her life, the place of her body in within the season, her past, cinema, her friends and colleagues from Brussels (which includes Alexandra Dementieva and Boris Lehman). These observations by André are visualized in a minimalist way, but also with intimacy and richness in emotions and detail. They accentuate the lyrical qualities of the static, the elegance of the natural. In this self-portrait, shot on 16mm, the film itself is considered as a perishable medium, to be preserved in a dark, cool place – in between the jam and fresh potatoes – so that, when the time is right, the celluloid can submerge as if it were a sparkling diamond.
André’s work has been shown on a worldwide scale, and it received awards at festivals in Locarno and San Sebastián. 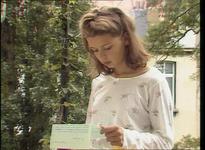 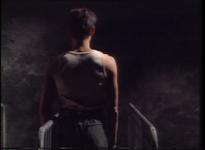 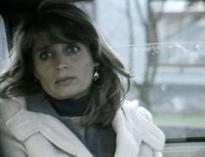 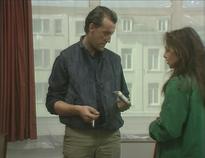 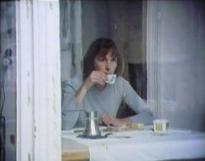 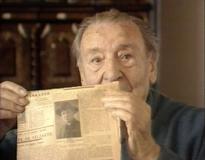