In this video Jos De Gruyter and Harald Thys put themselves in the shoes of the two main characters. Similarly to their previous work Man is characterised as a walk-on in the puppet show of life, a cogwheel in the diabolical machine of destiny. Man is unfathomable and soulless, merely an object in a world of inanimate things. A world where the density, or intensity of the superficial is discussed, in order to dismantle the structure of being. The two characters undergo their ‘fatum’ in a bland Ghent hotel room, detached from emotion and language. Their senseless dialogues are read out in a distant way, communication is kept to a minimum, to the point that the borderlines between ‘subject’ and ‘object’ fade away. 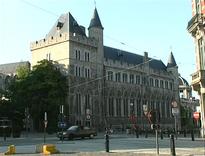 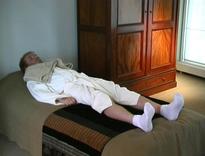 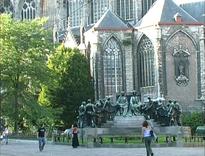 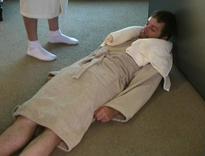 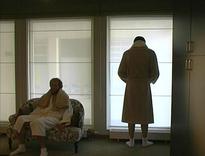