“C’est moy que je peins” wrote Montaigne to make it clear to the reader that he wrote his Essays in order to be seen in his “simple, natural, everyday fashion, without striving or artifice.” Writing in this instance turns out to be a basic tool for introspection and an attempt to make manifest the writer’s subjectivity.
Can we assess the self of the modern artists in the light of their oeuvres or their statements? What is the place of the artist since times became “modern” at the beginning of the 19th century? What is the artist’s part in power, money, fame, how does he or she relate to the public, the “Great Art” of the past and future? Why do artists produce art, and how do they identify themselves with “making art”?
Based on a scenario by Bart Verschaffel, C’EST MOY QUE JE PEINS, Wie alleen staat heeft recht van spreken (It is my own self that I am painting, Who stands alone has the right to speak up) puts in perspective the positions of two Belgian artists: the contemporary artist Thierry de Cordier (°1954) and the 19th-century pioneer Antoine Wiertz (1806-1865). In the first part of the film about Thierry de Cordier, the “imaginary (living) space” of art and the artist is presented, i.e. from de Cordier’s view. We are introduced to de Cordier’s plastic and literary work and its interpretation. The artist speaks about his art and about his view of the world as the foundation of his art. In the second part, artist Antoine Wiertz and his work are discussed. His thoughts (as found in his own writings) on the importance of art, fame and future, in which “mute, motionless resemblances” in painting will be replaced by “something more serious, closer to life”, are read by the Belgian actor Damiaan de Schrijver (°1958). 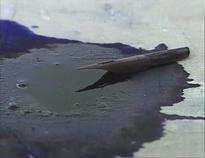 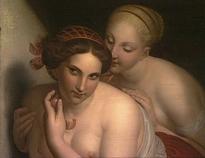 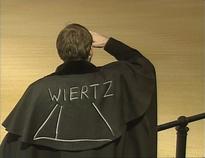