As an insatiable rapist of subjects and spectators, Zeus makes use of all the tricks, borrows literally any image in attracting into his cathode Olympia all that might still resist his omnipotence. Five monitors, five mixes of rushes and final images associate Zeus’ mythological rapes with the manipulation and the ever-growing power of the media today. The omnipotence of the image, the omnivorous transveslisised God, the news’ puppets, the globalisation of the fake: beyond the timeless myth, the worldwide show of our ‘hyper reality’. To illustrate this installation, Hänzel & Gretzel has chosen ‘Baby Food’, a hypnotic piece composed by Coil as a regenerating vision of chaos. The London based combo Coil has explored many esoteric fields: from the (post) industrial scene to ‘smart’ ambient music researches. Throughout the 80’s they were experimenting with music as a form of magic. ‘Somewhere in Zeus’ Secret Domain’ was named after ‘Love’s Secret Domain’, one of Coil’s best albums, a critical "amplification of all kinds of pleasure and entertainment" and a "deliberate attempt to get back to magical cut-ups". 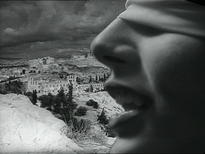 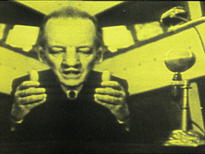 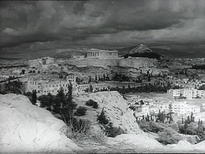