(VOLCANO) ABOUT THE ANTI-CAPITALIST CARNIVAL

The crowd is on the move, dancing in the mud at a devilish pace, demonstrating ('make love not money'), writing their demands on their bodies ('we only want peace') or on walls (the body of the city) ... euphoria is mixed with struggle: the first frames go from a festive anti-globalization meeting to the destruction of a McDonald's. If the author speaks about “travel film”, images travel too. Indeed, Charley brings together in Volcano previous sequences of Scratch'n & cook'n (1998) among others, we saw them remixed in About the Anticapitalist Carnival (2001). However their juxtapositions or entanglements are different. As language within a language within a language ... because nothing is ever finished. 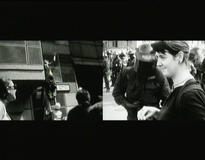 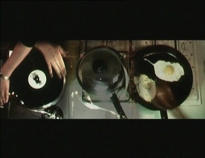 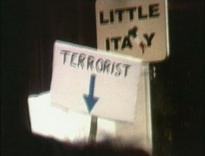