One could say a parallelogram is a deformed rectangle. Its two oblique sides look as if they are about to collapse but the other two stop that from happening. This fixed state of collapse applies to the characters in the minimalist video ’Parallelogram’ – they fall down on their horizontal foundation because the structure to which they subscribe, their family, is a deformed plane. Lost, they try to communicate or avoid one another, using a language of impenetrable banality. This oblique structure is their mental space, in which the characters slip into each other. 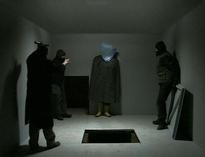 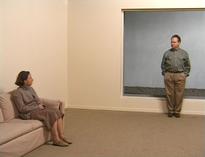 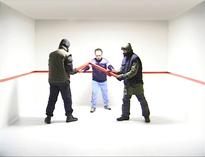 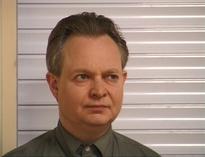 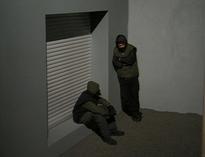