The five videos of Hommage à … deal with the same theme as repetition-in-difference, as a continual tracing and retracing, of the figure fold and unfold in the visual field.

In Hommage à ... II, the bed is more distant than Hommage à … I, but the scene remain almost identical: a stationary camera focuses on a divan bed in a minimally interior where a woman, the artist herself, lays on a bed and then before a bed. Everything is centred on the concept of self-observation and an exploration of the body.. The fragile transition from body to independent object, from the voluptuousness of the body to the elliptical line drawing, is one of the experiences carried out in the Hommage à … series. 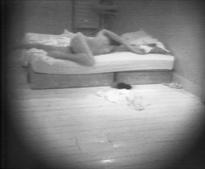 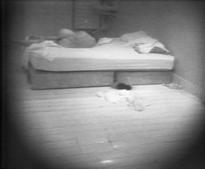 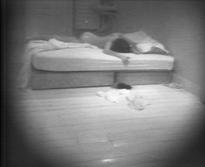