In both 'La clé du paysage’ and 'Un dimanche après-midi à 6h du soir’ the spectator is in the position of the voyeur, spying Danièle Nyst through a window. In 'La clé du paysage’, Danièle Nyst is sitting on the garden, glancing through a magazine. Her image is cut up by the window frame. The spectator (and storyteller) remains in the house. In 'Un dimanche après-midi à 6h du soir’, it’s the other way round. The furtive narrator is outside. We hear the rain, the moos of the cows and other sounds of the countryside. Inside the house, Danièle is going through a series of books that she piles up conscientiously on top of her bed. 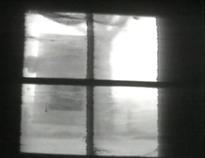 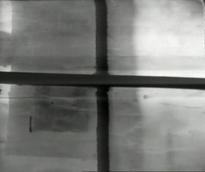