Zéno and his team made this experimental documentary on location in Mexico, the US, Belgium, South Korea, Thailand and Nepal. As the title indicates, the film focuses on the death, i.e. the deceased—and the living, who remain behind. The author refuses to comment: he wants the rituals and the participants to speak for themselves through the detached camera that merely records. Zéno does not interpret and thus he hopes to introduce the viewer to a domain that remains a taboo in our Western society: illness, the agony of death approaching and dying are increasingly veiled in intimacy because of an urge for discretion and diffidence. Because of the sober editing, ’Des Morts’ offers a humane and direct view into the emotions, behaviour, actions and preparations that come with death and its aftermath. 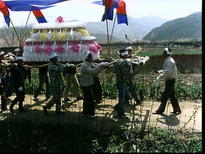 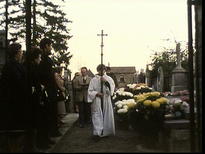 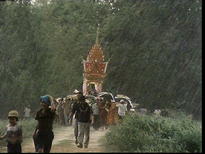