Santiago de Chile, 1.500.000 inhabitants, is today recovering from the umpteenth dictatorship and from the exodus of intellectuals. Visual artist Juan Davila (Santiago, 1946) returned from Australia, where he had been living since 1974, especially for this film. He holds a dialogue with his colleague Eugenio Dittborn (Santiago, 1944) about dictatorship, staying or leaving, elitism and childhood. Two critics, Ariana Valdes (Santiago, 1944) and the immigrant Nelly Richard (Caen, 1948) discuss the period 1977 - 1983, when the visual arts were flourishing under full dictatorship. At the same time, in his atelier, Arturo Duclos (Santiago, 1959) paints away all ideologies. Part of the BRTN (Belgian radio and television broadcast network) television series ’Schone Kunsten, Ver Weg’ (’Fine Arts, Far Away’). 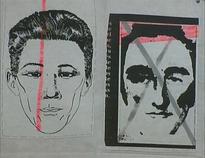 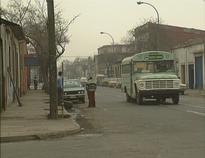 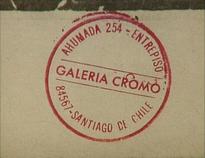