The spatial interaction, arrived at through the closed video circuit of video camera 1 & 2 in relation to video monitor 1 & 2, is stressed by the destruction of this perception, through the use of polaroids (9 polaroids equals the surface of 1 monitor), in order to arrive at a new perception (= time), registered on tape (= registration), by video camera 3 and microphone (= synchronous registration of image and sound on video recorder).

Two video monitors are being recorded. On the left monitor the viewer sees the polaroid camera of Matthys and on the right one the image of the two video monitors is shown. The image on the right monitor repeats itself endlessly. Then Matthys starts taking photographs of the two monitors and sticking them on the right monitor. This video of Matthys could be understood as an example of what Rosalind Krauss calls indexical art. A video is an index, a trace of something that happened. A photograph is also an index. By combining the two Matthys adds another dimension to the idea of the index. 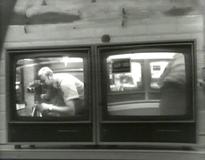 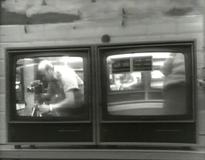 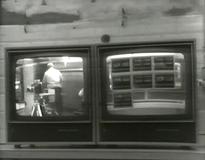 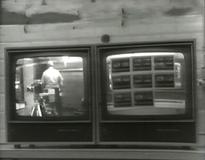 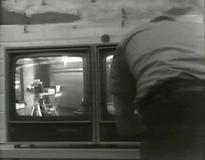 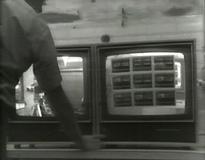 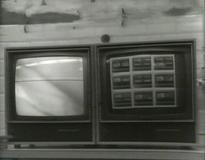 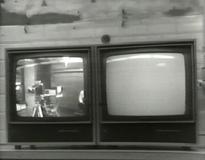 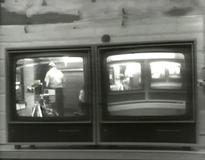 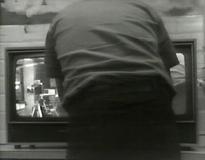