BUILDINGS AND GROUNDS - THE ANGST ARCHIVE

Kobland’s quiet, meditative video is a philosophical investigation, a travelogue of sorts, and, ultimately, a probing essay-film in the tradition of Aleksandr Sokurov or a late Godard. ’Buildings and Grounds’ juxtaposes lingering, beautifully framed shots of urban scenes, industrial installations, deserts, and other evocative landscapes with a series of fragmentary reflections uttered by enlightened filmmakers such as Fassbinder, Fellini, Bergman and Tarkovsky. Presented as a unified diaristic accompaniment to the image, the text comes to us both as English-language ’subtitles’ and, simultaneously, as a voice-off appropriated from the original films. Floating over an image track virtually evacuated of all human form or movement, Kobland’s questions and digressions evoke a beautiful and melancholic world. 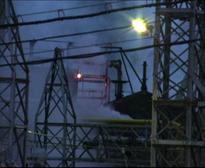 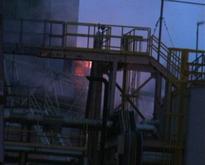 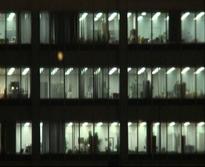 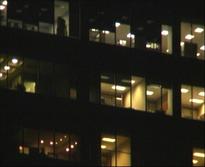