We are in a room with parquetry flooring. The artist, clothed in shirt and jeans, is moving about on the floor with the restlessness of the insomniac, performing sequences from her repertoire of horizontal motions developed in previous work. But when 'she' rolls over, we realize Dujourie has substituted a male model for herself. Increased gender awareness? The title ‘enjambment,’ as a delay in the rhythmic progression of a love poem, can be directly connected to the form of the video itself: a succession of little ‘syncopes’, where time is slowed, drawn out. 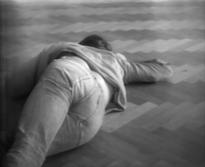 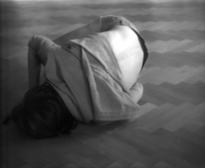 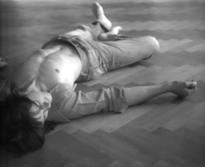 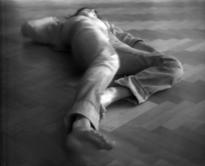