’Remote Sensing’ roams through the territories of the global sex trade, moving us from orbit around the Earth into women’s lives, spanning the globe from Eastern Europe to East Asia. As Biemann explores the lifeworlds of sex workers, she invents a feminist media topography, layering her video perspectives of sexual labourers and their ’personal data’ within remote satellite imagery of the earth. ’Remote Sensing’ exposes what it means to sense the world remotely and charts the ambivalences surrounding the media technologies used to track, monitor and "sense" women’s bodies from a distance. Biemann navigates a unique path through critical dialogues on the global sex trade, feminist geography and media activism, and her video will become an important resource for anyone interested in these areas. ’Remote Sensing’ traces the routes and reasons of women who travel across the globe for work in the sex industry. Voluntarily or not, women are displaced in great numbers from Manila to Nigeria, from Burma to Thailand, from Bulgaria to Europe: female bodies in the flow of global capitalism. Spiralling down from a view captured by orbiting satellites, the video-essay assumes an earthly perspective on cross-border circuits, where women have emerged as key actors. The highly digital documents generated for this video link new geographic technologies to the sexualisation and displacement of women on a global scale. Using the latest images from NASA satellites, the video investigates the consequences of the U.S. military presence in South East Asia as well as the impact of European migration policies. ’Remote Sensing’ visualises the multi-layered meaning of geography where the sexualisation of women in global capitalism is linked to the implementation of new technologies, in often contradictory ways. While the internet facilitates the migration flow, particularly for women in the bride market, the border reinforcement technologies, on the other hand, hinder and push it into the illegal sector. In practice, the European visa politics meticulously channel migrant women directly into the sex industry. The assemblage of documents reveals how technologies of marginalisation affect women, and particularly economically disadvantaged women, in their sexuality, and how powerful players like nation states, scientific complexes and military institutions install a sexuality that eroticises hierarchies. Female bodies are the new cargo in the highly lucrative transactions across boundaries. Of course there are numerous structural and political reasons which lead women to move, or to be moved, into the gigantic Fordism of service that is the global sex industry. But there is no simple moral distinction to be made between trafficked women and those who choose this venue of survival. The video explores the large grey zone of negotiation women engage in and the different concepts of prostitution they adhere to. ’Remote Sensing’ aspires to displace and re-signify the feminine within sexual difference and cultural representation, where sexuality is often presented within the narrow confines of a masculine symbolic. Satellite visions of globality are producing a sexual economy in which it has become thinkable to reorganise women geographically on a global scale. The use of imagery generated by geographic information systems (GIS) opens a fundamental critique of Western thinking. Satellite images propose an abstract and highly accurate view of the world from the top down. The evaluation and interpretation of the vast volume of geospacial data collected by the satellites currently in orbit are based on binary computer languages. Through this lens, the world may seem graspable, controllable and easy to categorise. Yet capitalism creates social as well as material landscapes which are only comprehensible in their complex interrelation. ’Remote Sensing’ fills in missing geographic data which offers a gendered and relational view on the global flows of humans. (Source: https://www.geobodies.org) 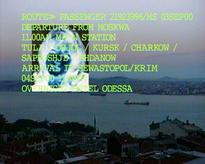 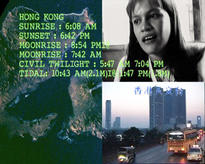 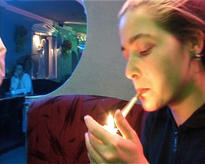 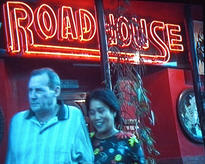