In the late Sixties, artists started to work with television recording equipment and broadcasting tools. This wave represented an incredible force for the development of video art as a practice, and for redefining the idea of contemporary art as such. Television has been seen as a powerful revolution, a possibility of finding a space in the public domain, a more flexible and individual way of treating moving images in relation to classical and experimental cinema, and a new impulse to think about contemporary society. Soon these perspectives collided with the true nature of the medium: apart from the unequivocal social impact, television embodies the reinforcement of a political and economical hegemony where there is no space for intellectual discourse. Mise en abîme compiles positions which emerged during the 1970s and 80s, acting against the medium, and its populism. The works deconstruct, in a playful or radical approach, the aura of the television system, undermine the anti-intellectualistic approaches of this public-oriented mass medium, overturn formats and codes, and definitively identify the friction between art and television. The seminal Television delivers people by Richard Serra subverts the relationship between the consumer and the consumed. Ant Farm’s Media Burn integrates performance, spectacle and media critique creating the "ultimate media event” in order to unmask the logic behind the news media coverage. Furthermore, Test Tube by General Idea emphasizes the power of the media and advertisements in a meditation on changes in the art world, while André S. Labarthe’s truthful greeting to Rita Hayworth offers a reflection on cinema and television. Finally, Idéale audience: un paysage télévisuel en France by Joëlle de la Casinière is a montage made up of logos, jingle and TV programme excerpts which analyses the all-embracing presence of television and the sociological implications on the viewers. 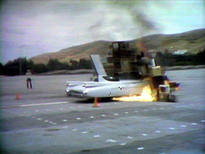 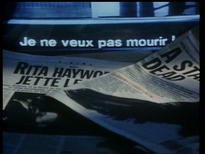 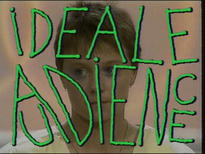