The Scrap-iron Age is a sequel to Winter Prayers (Jan Dietvorst & Roy Villevoye, 2006) about a Dutch man living in France who spends his days searching for remains of the First World War. As a kind of permanent remembrance of the dead he tries to reconstruct the life of a soldier at the front in his house, which he has arranged as a museum. Understanding of this momentous event in history appears to be literally related to proximity. In The Scrap-iron Age the protagonist of the first film is the gatekeeper to activities which seemed almost unavoidable in the surroundings of the former battlefields of Verdun. The ground is literally crawling with scrap metal from the war and this significant archive in the soil is both collected and cleared away up to this day. Victims are still made ninety years after the Armistice. The Scrap-Iron Age is a film about luck and misfortune in the landscape of the First World War. Precisely which existential need is being met by messing with the past is a question that frequently arises upon viewing this film. Villevoye and Dietvorst grant access to an understanding of and proximity to historical events via apparently insignificant events, accidental circumstances and unexpected revelations. 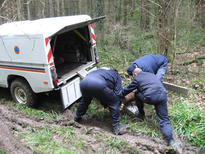 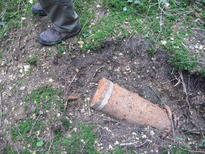