Ever since Uri Tzaig (°1965) started out as an artist in the early nineties, he has engaged in cultural, anthropological and political topics. The artist works with multiple media, using techniques to divert the attention of the viewer and challenge his expectations. In his highly reflective and contextual work the ordinary is mingled with the magical. Tzaig typically decodes the cultural assumptions underlying the conceptual constructs to which they refer. Always questioning the specific nature of the phenomenon of art, he examines the translation process by publishing his stories in multiple languages and superimposing seemingly unrelated text over his video work. Tzaig’s nomadism allows him to redefine each specific encounter with the world; familiar modes of perception are broken and replaced with an open interpretation.

For the last two years Tzaig has been closely collaborating with Israeli sculptor Avi Shaham (°1952), because they wished to combine their different media: the image and the physical object. Their latest project, Ancient Camera, is one of their biggest and most important collaborations until now. The artists built an oversized mini-DV camera, two and a half by two and a half metres in dimension, and mounted it on a huge tripod. The large, lead-clad sculpture has an alienating effect, because it does not correspond to the reality of the object. In stead of shooting images, the replica projects them.

In the video Look at me, projected onto a vertical banner, translations take place on different levels. With references to silent film (black-and-white, slightly faltering, silent, text signs, images with rounded edges,...) the work shows age-old elderly people, looking for a confrontation with the spectator in close up. These images are alternated with text signs, dealing with temporariness, disintegration of identity and consciousness, but also on the responsibility towards others. Detachment, the ephemeral and relational interact here, as if they were high tide and low. Because of its unusual size, its weight and patina the sculpture Ancient Camera reminisces antique times. In combination with Look at me the installation explores the relationship between temporality and reality. Our experience depends on constructs by society and the media, and it is this notion Tzaig and Shaham deconstruct and investigate.

Besides Ancient Camera, the installation Master Lucas is on show at argos. Master Lucas is projected onto a projection surface, consisting of treated lead plates. Similarly to Ancient Camera, the installation takes the confrontation with the gaze as a subject. It opposes/juxtaposes highly modernist and contemporary theories and approaches to the theory of evolution, metaphor, mimesis, structural linguistics, deconstruction and presumptions of the universal, self-evident legibility of human codes via the spokes person of the primeval pre-non human, a gorilla pondering and emitting statements about the human condition and its underlying epistemological presumptions in an eminently disconcerting manner.

On the occasion of the exhibition on June 8th at 8pm [dualitas] will be presented, a publication on the work of Uri Tzaig and Avi Shaham, with essays by R.H. Ravitzky and Daniel Kurjakovic. This publication includes a DVD with the videos Look at Me and Master Lucas. Daniel Kurjakovic will introduce the publication at argos. 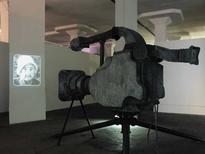 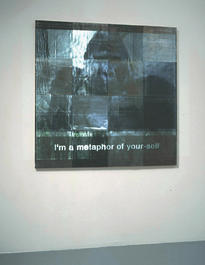 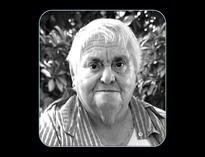