NEW YORK STATES OF THE MIND

A Necessary Music is a science fiction film about modernist social housing (on Roosevelt Island). A musically conceived piece, referencing the video operas of Robert Ashley, the film explores the social imaginary of a utopian landscape through directed attention to the voices that inhabit it.

Roosevelt Island is a small sliver of land situated between Manhattan and Queens, intersected by the Queensborough Bridge. Formally known as Welfare Island and originally home to New York’s largest insane asylum, a small pox hospital, and a range of other 19th century municipal facilities for incarceration, it now houses one of the cities most visible, yet little-known modernist social housing projects. Treating the medium of film as both a musical proposition and a proposal for collective production, A Necessary Music employs the residents of New York’s Roosevelt Island as its authors and actors, gathering together texts written by them and using them to construct a script for the film. Casting seventeen residents to enact these lines accompanied by a fictional narration take from Adolfo Bioy Casares’ 1941 science fiction novel ‘The invention of Morel’, the film deploys fiction as a tool to frame and activate its site.

In Complete World is a feature length documentary shot on the streets of New York City. A group-speculation on the struggles of everyday life and the pull between individual and collective responsibility, the film’s subtitle could be “a few reasons how we got ourselves into this mess”. In turn heartbreaking, scathing, and still somehow hopeful, In Complete World can be seen as a user’s manual for citizenship in the 21st century, as well as a window into a place where a diverse group of Americans find themselves (NYC), at this current moment in time (2008).

*The definition of the term responsibility is: answerable (to another, for something), from the Latin responsus: ’to respond.’ Starting with the word ’responsibility’ leads quickly to the necessity for discourse. 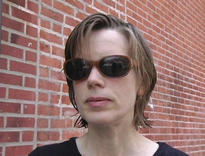 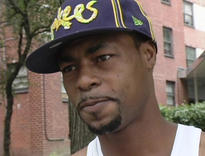