Born in 1972, Patrick Bernatchez is a self-taught artist. His work is built like a fractal objet – where each artwork refers to a whole. Over the past decade, the subject of death has been fundamental to Patrick Bernatchez’s practice as we can experience in Lost in Time (2009 – ). We can see his take on variations of time – space-time, cosmic time, performative time, imaginary time, time travel, time distortion. The artist brings an omnivorous approach to media, making use of drawing, printmaking, painting, photography, film, installation, music and sound. He has developped diverse projects, like Chrysalides (2008-2010), notable for having demonstrated the maturity of his practice. Among other events, he exhibited at Galerie West, (The Hague, Holland), at Fresnoy Studio National des Arts Contemporains (Tourcoing, France), at Mass MOCA (Massachussetts, United States) and at the Musée national des beaux-arts du Québec (Québec, Canada). In 2014 and 2015, his work was the subject of a major exhibition entitled Les temps inachevés at the Casino Luxembourg, Luxembourg, and the Centre Argos (Brussels, Belgium). Produced in collaboration with the Musée d’art contemporain de Montréal, who will feature the show in the fall of 2015, it will also travel to The Power Plant (Toronto, Canada) in 2016. Bernatchez lives and works in Montreal. 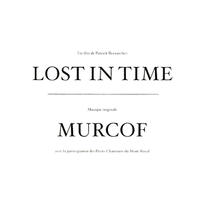