The issue of the public domain is a recurring theme with Daniel Dewaele. Several of the artist’s interventions take place in public or expose the complexity and paradoxes of public space. What does ‘public’ still mean today? Where is the line between pure public appearance and actual public and therefore political intervention? Also, is there any free public or ‘common’ ground to stand on? Is there still a ‘commons’ that is nobody's property and that is therefore able to nourish everyone? These are the questions we keep coming up against in Dewaele’s work. At times he does it playfully and frivolously, at other times dead seriously, but always in a self-reflexive way. All these questions that an artist puts to the public domain do, after all, inevitably draw attention to his own role and position. Are artists still able to intervene in public space today and can art still have any social or political significance?

When in 1977 Dewaele participated in a march against apartheid with the slogan ‘Art Against Apartheid’ he appeared to be answering that question affirmatively and explicitly. However, the obviousness of Dewaele’s message again made it clear that this was not necessarily the case. A lot of art and artists take an indifferent and sometimes even completely apathetic stance in regard to anything concerning the public and the political domain. It looked as if Dewaele, at the start of the apolitical 1980s, was heading down a very lonesome path indeed with this work. The hyper-relativism and cynicism of post-modernism did after all decry any political claims in art. He would have to wait until the 1990s when, with the fall of the Berlin Wall, this kind of work would steadily gain relevance.

In the 1980s, the relationship between the intellectual and mass media or between the artist and public space appeared to grow increasingly troublesome. Dewaele made the relationship between art and society explicit with his multimedia installation and performance Vragen & Antwoorden (Questions & Answers) 1 and 2 in 1985 and 1986, respectively. The work consisted of the book Art and Society, Are There Solutions? (1985), which contained answers to the question ‘Is there a rift between contemporary works of art and society?’ With the ensuing performance more answers were flung into the air, again through multiple media, consciously avoiding an unambiguous answer to the question. Is there a well-defined answer to the question anyway? After all, to what art or society would it refer?

However, during this introspective era of the 1980s Dewaele stolidly kept working on his favourite subject, the public domain. Between 1977 and 1997 the artist compiled a massive photographic archive of signs, all reflecting the same message. Almost obsessively, Dewaele portrayed all announcements that marked the boundaries of the public domain. Not a single sign saying ‘Private’, ‘Private Property’, ‘Unauthorized Persons Not Admitted’, ‘No Entry’, ‘Private Road’ or ‘No Right of Way’ seems to have escaped his notice. It looks like someone's lifework. Each and every one of these photographs documents how communal ground is ‘taken’ or appropriated and if they demonstrate anything it is that the division between public and private is one of the most important dichotomies in the Western world.

It is artists such as Daniel Dewaele who, from their elusive position, keep breaking into the public domain. But the moral of the story is that they create this domain time and again with their interventions. After all, publicness can only exist if it allows for that which can also always be otherwise, if other gestures can always be articulated as well. In other words, this domain is only generated by constant action or acts. It is no established fact, no acquired right or fixed place. Ever since the modern age art has contributed to the immeasurability and uncontrollability of the public sphere. Were the public domain to become measurable and thus predictable, it would cease to be. What remains then is but a shadow of publicness in which the political is neutralized, like in shopping malls, on high streets, in the mass media and other ‘non-places’. In his work, Dewaele constantly tries to crack open this measurability and in doing so he, like many other artists, provokes the public domain. However, Dewaele distinguishes himself by making this act of provocation a self-reflexive theme in his work. Creating and keeping publicness public is not only the unique core of his art: for more than three decades now his body of work is showing us first and foremost how to understand this publicness even better. 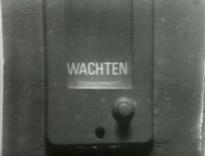 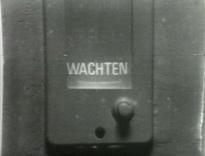