Although Franciska Lambrechts’ video work moves in different directions, her oeuvre depicts a strong interest in the structure of language and the purity of image. Franciska Lambrechts studied video and film at the Saint Lucas High School in Brussels. Her first major exhibition was in 1996, in the ’Antichambres’ of the Paleis voor Schone Kunsten in Brussels. Since then she has shown internationally. Besides tinkering with video pieces and installations, Lambrechts works with other artists, including Honoré d’O, on site-specific projects, such as CIVIL (2002) at the Middelheim museum in Antwerp. Lambrecht’s work usually starts from a predetermined point of view and/or grafts itself onto a narrative line. A literary fragment or a premeditated subject of study (such as the social and psychological patterns of relationships within the family in the video Dialogues, 1996-2001) might form the motivation for Lambrechts to make an audio-visual work. Her video work, however, goes much further. Although she often cherishes the discourse, she causes our attention to gravitate towards a broader scheme, via well-chosen images. Her choice of imagery is often sharply delineated, almost glossy (without, however, descending into ’fine’ film), with rapid editing. Here, rational analysis fails and feelings gain the upper hand. Behind this direction of images lies a referential context. Stills laden with symbolism or images with erotic connotations (such as the flowers in Je te donnerai toutes les fleurs de mon jardin si tu viens prendre celle-ci avec tes dents, from 1987) alternate in ensuring that the intrinsic line is supported or - if they connect with the viewer’s subjective interpretation - that new byways are created within the video. Language is another leitmotif in Lambrechts’ broad range of video work. Beyond the different contents of the works, she attempts to examine the structure of the spoken word. She does this, for example, by employing complex, interwoven dialogue structures, voice-overs and internal monologues, by placing textual reflections in the image, or by veiled statements. Despite the web of complex techniques and the concern for linguistic analysis, Lambrechts’ videos are very direct: the combination of straightforward communication, clever editing and a careful choice of imagery ensures that the viewer is immediately reached. 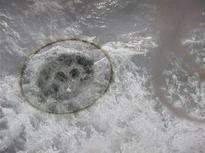 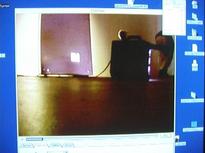 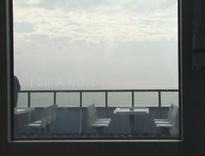 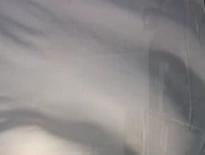 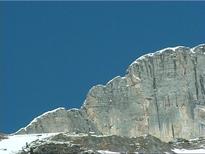