"Two chapters, two time periods, one story. On the one hand, 1937, at the height of the Stalinist purges in Erevan, in the soviet Armenia, the year of the arrest of Nora Dabagian’s father who was a political dissident. On the other hand, 2006, the circumstantial story of this arrest related by the old woman, affectionally known as Baboulia, who was a very young girl in the 1930ies. The tense question between these two sides is how to transmit all this and what images and sensations should be conveyed? Apparently, the two parts are clearly defined. The first, silent, made up of impressions and sensations, pausing here on a shimmering colour and there on a particular sound, is constructed from the point of view of the child. The second, more documentary, is built on the words of the old woman. But the two time periods are overlapping; the stories and the words become mixed up, the images pass from one to the other; voices are superimposed, become doubled, passing from one body to the other. In two necessarily fragmented and complementary stories about an ungraspable experience, the inconsolable loss of a father, old age and the inevitable disappearance, Nora Martirosyan offers a film in the form of a homage to transmission and memory." (catalogue FIDMarseille 2007) 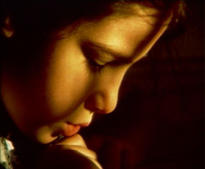 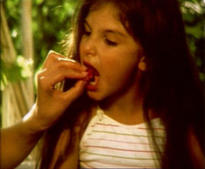 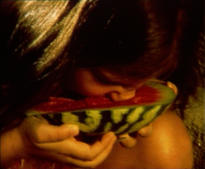 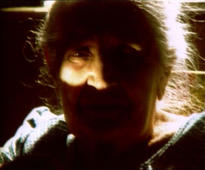 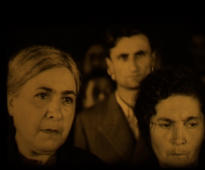