In a long travelling the camera tracks the fences around a factory building. At the end the camera slowly swerves out to a frontal image of the fencing. Downsbrough draws our attention to an inconspicuous, everyday image, which all too often escapes our attention, reconstructing it within his own visual language. The words ‘and’, ‘here’, ‘between’ and ‘as’ irregularly come into focus, changing places and orientation. They are terms without any connotation, as a part of a spatial investigation, of physical space and distance, but also of the meaning and structure of the words themselves. It is up to the individual spectator to solve this puzzle, in a way which only has meaning to him. 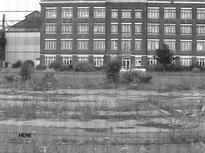 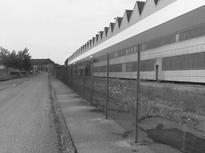 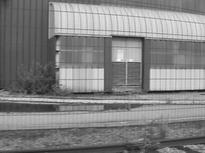 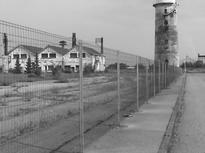