The cause of Europe’s largest department store fire remains unsolved even today. On May 22, 1967 the Brussels branch of the chain ‘A l’Innovation’ burned down to its foundations. The reason for the fire, which claimed more than three hundred lives, was arson, as far as one can tell today. In his first film ‘Rookgordijn boven Brussel (het Inno-dossier heropend)’ (‘Smoke Screen over Brussels [The Inno File Reopened]’) (2002), Bram Van Paesschen (re)constructs – through interviews with eye witnesses and ‘experts’, and an abundance of historical media reports – a web of evidence, with arguments, and speculation about the sequence of events and their associated background. Formally borrowing from exposure journalism, his witnesses are just as dubious as the preparation of the material is spectacular, but the assumptions put forward are too bold for one not to want to pursue them. In ‘Rookgordijn…’ the focal myths and mythmakers of the twentieth century (the Kennedy assassination, the Vietnam War, student and peace movements, the CIA, the conflict in the Middle East, the conflict of ‘Old Europe’ versus the USA, …) are concatenated to form a sort of metaconspiracy, in which everything that has ever seemed suspicious – suddenly convincingly interlinked – conveys an inherent ‘historical’ meaning. Against this background, the megalomania and corruption of the Brussels political and economic elites that are exposed in the film, suddenly seem to make sense – appearing all the more grotesque. The author of the film is noticeably absent in this documentation, demonstratively allowing the ‘facts’ to speak for themselves and to develop their own subversive dynamics. It seems as though the conspiracy that the film has ostensibly made its subject, is in reality the fiction in which the author entangles us. The plumes of smoke rising over Brussels originate from the fog machine of filmic illusion. (Katrin Mundt) 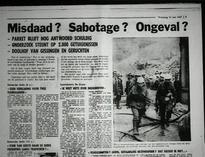 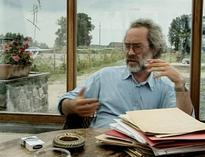 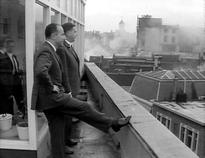 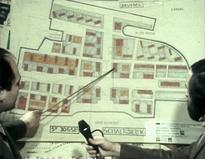 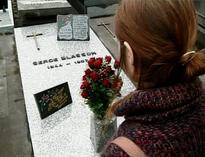