Yunnan, South-West China. The filmmaker evokes her trip to and her stay with the Mosuo-women community by Lake Lugu. In this rare matriarchal culture a unique form of polyandry prevails, which is based on love: the women have several men and they maintain their economic independence. In China on the verge of modernity they have become as much a tourist attraction as an ethnographical object of research. Visual anthropologist Van Dienderen ‘writes’ an ethnography of ethnography: an encounter between two involved sides - filmmaker and subject – unravels itself in front of the eyes of the spectator like an exchange.

An van. Dienderen (°1971) studied art history and audiovisual arts and she took classes with Trinh Minh-Ha in Berkeley (US). In 2004 she obtained a PhD in Comparative Cultural Studies at the university in Ghent. She realized such documentaries as Nachtelijke bezoekers (1998), a poetic piece about the matriarch community of the Mosuo-women in the province of Yunnan in China, and Site, a topographical portrait of José Besprosvany, and she gives regular lectures and workshops on visual anthropology. Her work has been shown on the Margaret Mead Film and Video festival (New York), Pacific Film Archive (Berkeley), Belluard Festival (Fribourg) and Cultural Film Festival of Australia (South Melbourne).

Dakar – Kolda, Senegal. During a car trip from the city to the country a driver and his passengers discuss politics, religion, colonialism and African cinema. The landscape changes while opinions are exchanged, rephrased, fine-tuned. Visual anthropologist Van Lancker makes documentaries which allow him to meet people he can share a little part of his life with. Dialogue and exchange are his most important tools; they lead to working with locals and situations, making use of local film aesthetics.

Grozny, Tjetjsenië. A travel account of a daring trip into a distressing war zone. Martens turns himself in to the object of his film, he invites the viewer to contemplate on the role of confrontational images in an oversaturated media landscape. His low-budget documentary does not concern victims or geopolitics, but rather the conditions of his own existence. Is it possible for a wealthy Westerner simply to travel into a disaster area in order to find out the truth about himself? Can a filmmaker be genuinely concerned with the situation in the world or is his social commitment nothing but auto-reflection and auto-promotion?

After Years of Walking

Rwanda. In schools and history books the 1994 genocide still isn’t discussed. On the spot the filmmaker provokes a confrontation with the recent past using a film from 1959: ‘Fils d’Imana’ (‘Sons of God’) is a ‘documentary’ by the Flemish White Friars, drenched in white theory about racial differences between Tutsis and Hutus. Because of the upcoming independence the missionaries decided not to show their film in public. In April 2002 Vanagt does show it, and after the projection children, teachers, students, and historians get to talk about their search for a self-image with a future.

Sarah Vanagt Sarah Vanagt (°1976) studied History at the universities of Antwerp, Groningen and Brighton. Apart from a passion for history, there is one for film as well. Sarah Vanagt looked for a combination and found it by carrying out historical research from the practice of film. In order to develop a cinematic language of her own she started training at the London National Film and Television School (‘documentary direction’ department). During that time she worked mainly with refugee children from Rwanda and their perception of and relation to the past. This resulted in the graduation project After Years of Walking (2003).Her work has been shown, among others, at the IDFA (International Documentary Filmfestival Amsterdam),, the Amnesty International Film Festival (West Hollywood), Les Ecrans Documentaires Val-de-Marne (Parijs) and in Tate Modern (Londen). She lives and works in Brussels.

This event is part of Inner & Outer Worlds, Audiovisual Essays from Belgium 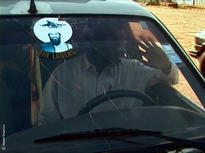 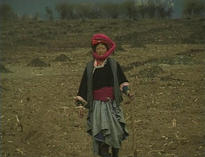