The audiovisual essay has a position within the tradition of film, becoming more and more visible since the rise to prominence of the ‘essayist’ filmmakers of the French New Wave in the mid-1950s. Alain Resnais, Jean-Luc Godard, Chris Marker, Johan Van der Keuken and Harun Farocki are merely a few of the major names who made use of the essayist perspective as a method to comment and document the times they lived in. For years Belgian film and video productions have been part of this cinematic trend, less concerned with transparent narration than with philosophical contemplation about the image. As a category beyond classification this form operates in the gaps – in the documentary field, in cinema, on television, in media art and visual art – where experience and experiment surpass product and ‘format’. The audiovisual essay is the expression of an auto-reflexive relationship between the filmmaker, the world and the spectator. This relationship takes multiple forms, consciously questioning the conventions of the classic documentary.

In Belgium there is no such thing as a documentary school or movement. However, some filmmakers have worked by marrying the ‘pure’ documentary impulse with an essayist perspective, whilst others have arrived sooner or later in their career at this reflexive approach. All these varying, intensely personal films always have one characteristic in common: they cannot find their place (any longer) in the current TV-landscape. They’ve acquired their niche on film festivals and in museums or galleries. As a result the audiovisual essay is both omnipresent and invisible.

The video library in the Beursschouwburg brings together twenty homegrown titles, in order to show a critical and often poetic use of documentary film art. The titles respond to a double criterion for selection: filmmakers with a Belgian passport (or with a permanent residence in Belgium) filming abroad and also taking their own perspective as a subject. In their own way, each film testifies to the objectification of the artists’ own perspective – the result of each encounter with the ‘other’. This perspective, pointing both towards itself and the outside world, explores with caution, curiosity and self-reflection. The audiovisual essay is highly appropriate to discern the opaque, complex reality that surrounds us, to feel and understand it.

In parallel some of these selected works are projected at argos. An van. Dienderen, Laurent Van Lancker, Renzo Martens and Sarah Vanagt will comment on their work.

This event is part of argosfestival 2005 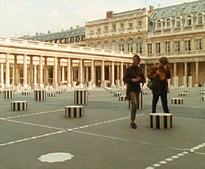 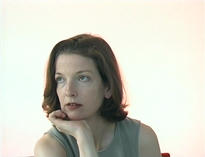 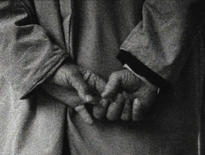