So many horizons have been closed down, so many dreams are being denied. In this era of consensus, with its effacing of public space and political inventiveness, the end of class struggle might be loudly trumpeted, but the gravediggers are still here, in the grip of austerity and redundancy, in the anonymity and invisibility of suburban sweatshops and overcrowded slums. They are, it is said, those left behind by progression and expansion, those who have been unable to pick the fruits of growth that have been offered by the dominant order, those who are unfortunate enough to be caught up in its crisis and find themselves having to pay for its cure. And the only remedy available, it is said, is an extension of what is on offer, that which has come to feel so natural that we are unable to imagine something different. The realpoliitk of the everyday no longer holds a place for erratic digressions or foolish utopias, which are anyway always, so history has ostensibly taught us, bound to collapse into cruel nightmares. By all appearances, “change” now means “adapt”, just like “revolt” means “consume”. Closed horizons, tilted dreams: this is the emotional landscape that is evoked in Devenir, a landscape alive with memories of hope and belonging that are put to the test of time, and capacities of resolve and commitment that are put to the test of experience. Just like in Do You Remember Revolution (1997, at show 18/10), a portrait of four former members of the Italian Red Brigades, Loredana Bianconi tries to re-engage with questions of rebellion and solidarity, in search of intensities and sensibilities that might still resonate today. How to go beyond the melancholic musings of lost futures and the nihilistic tendencies of our present? In Devenir, the account of a 45 year old woman looking for work tunes in to the state of predicament that is our own, the story of one opens out over the story of many, the intimate gives on to the political. What is proposed is not a sociological treatise nor a political pamphlet, but a sensible world that is reminiscent of all the struggles of everyday living, those countless “small epics” that bloom in the shade of great historical events, but at the same time can never be fully separated from them. And what is incited is not a sentiment of defeat, but rather a call for courage for all those who, like Bertold Brecht’s ‘Pirate Jenny’ whose words close the film, might not know where they are heading, but at least know they can’t stay in place.

In this Dissent! session we will discuss the work of Loredana Bianconi and more particularly the search to negotiate the tension between images that speak and words that make them speak, which is the subject of the film series ‘Donner de la voix (off)’ (16.10 – 30.11), an initiative of Le P’tit Ciné. Loredana Bianconi’s Do You Remember Revolution will be shown at Rideau de Bruxelles on 18 October, in connection with the premiere of the performance piece L’Embrasement. 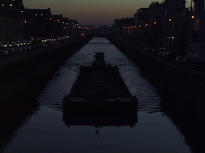 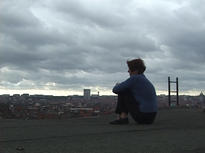 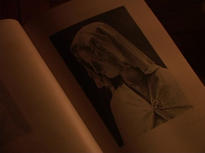