In 1999, Gorik Lindemans temporarily stopped working as an artist. For more than twenty years he had been active, among other things, as a graphic designer, painter, photographer, video and installation artist. His relatively limited oeuvre exudes modesty: Lindemans shows a great respect for the subjects on display, for detail and the passage of time. In the 1970’s Gorik Lindemans studied painting at the Institute of Sint-Lukas in Brussels, followed by etching and lithography at the Higher Institute for Visual Arts of Anderlecht. Immediately after his studies he worked as an illustrator of children’s books and as a graphic designer. Over the course of several years he produced work for children’s books and personal posters for Anne Teresa De Keersmaeker’s Rosas company and advertising for designer labels like Comme des Garçons and Yohji Yamamoto. Lindemans further provides spatial concepts for exhibitions, shop interiors and for the theatre, alongside record covers and catalogues. In all of that work the composition is the centre-point: using found images, a well-considered choice of materials and his own designs, Lindemans especially attempts to communicate thoughts, feelings and atmosphere, alongside the informative layers. Although things were going well for him at the time, he put an end to his graphic design work in 1988.

In a desire to elaborate the content of his work and its necessary appreciation - Lindemans is perturbed by the limited appreciation for the aspect of content in layout work - he starts to work for himself. At first he paints and takes photographs, later he also works with the video camera. It results in a series of exhibitions in which he presents slides with video-installations and photographs, his so-called quick sketches: series of photographs that he had taken on a train journey for example. As a visual artist he also considers the transmission of feelings or the subtle touching of the fleeting moment to be more important than the registration and ventilation of the pure, hard information. The key for this he finds in humility towards the moment. Lindemans is looking for a balance between a conceptual language and the personal account of stories. The artist is therefore not playing with coincidence, but chooses to eliminate himself partially so that the images can determine the course and the form of the work.

Lindemans’s videos are located in the space between documentary registration, fiction and commentary. Concretely he avoids writing a script which allows him to maintain space for playing and thinking during the filming. During the recording he almost eliminates his personal reflection, which allows him to focus on his subject: through the absence of the artist and the respect for time Lindemans catches things in their own environment. A striking example for this is his portrait of the Russian filmmaker Alexandr Sokurov in the film Aleksander Sakoerof, Kamer 333, Lenfilm, St. Petersburg, 3 Mei, 1995, 15 Uur (1996). Lindemans dismantles the aloofness and neutrality toward his subject in the editing. There the artist interprets, gives intimate commentary or introduces associations. At other times he iterates his reflections in the form of writing over the images, parallel to the personal scrapbook or letter. The relationship that Lindemans engages in with time is also present in his photographs and slides; images of ephemeral, fragile things such as flowers, the different seasons or waste. Or, as Lindemans once put it: “I like looking and reading. In the way you sit on a square and look around yourself: you ’understand’ the images by ’reading’ them. That is the way in which I should like to define my work. And that’s how I’d like to make it, as I see it.“

In 2008, Gorik Lindemans returned to the artistic scene with digital ’transpictions’ and other pictural experiments. Since 2010, painting is again the focus of his work: "ReGoriktion!" 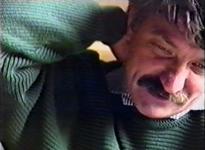 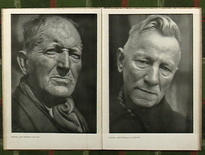 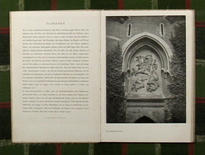 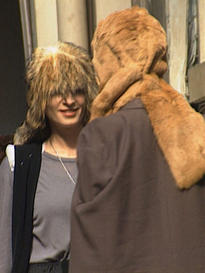