Ho Tzu Nyen’s work is largely concerned with the social and cultural history of Singapore. His video installation Utama – Every Name in History is I (2003), an installation of film and paintings, engaging with the myth surrounding the founding figure of Singapore, Sang Nila Utama, was first produced for The Substation, and subsequently exhibited at the 26th Sao Paulo Biennale (2004) and the third Fukuoka Asian Art Triennale (2005). In 2006, a new version of the installation, featuring jigsaw puzzles manufactured from the original paintings, was presented at Islanded in Adam Art Gallery, New Zealand. The film was shown at various film festivals, such as the Bangkok International Film Festival (2004) and Hong Kong International Film Festival (2006), and was voted one of the three best short films of 2004 by the film critic Alexis Tioseco in The Senses of Cinema. It has also been transformed into a theatrical lecture presented at ICA London (2005) and Brussels KunstenFestivaldesArts (2006), among other occasions.

4 x 4 – Episodes of Singapore Art (2005) examines the history of modern art in Singapore through four works by four influential artists. Broadcast on television as part of the Singapore Art Show (2005), it proved to be one of the festival’s highlights. In 2006, 4 x 4 was shown at Alternative Space Loop, Seoul, Shanghai Duolun Museum of Modern Art, Tokyo Wonder Site and ARGOS, Brussels. In the same year, Ho unveiled The Guernica Project at ARCO, Madrid, comprising a 300-piece jigsaw puzzle of Pablo Picasso's Guernica. 300 members of the public were invited to choose one piece of the puzzle to take home on the condition that they bring the same piece back with them to ARCO 2007 the following year. Ho also produced The Bohemian Rhapsody Project, a film in which the spoken dialogue consists entirely of the lyrics of Queen's 1975 hit, and set in the former Supreme Court of Singapore. The film was at once a courtroom drama, a documentary of its own production, a record of its audition process as well as a vehicle that solicits the spectators' participation in a collective act of mental karaoke. This film, commissioned by the inaugural Singapore Biennale (2006), was shown at more than 30 film festivals and exhibitions. His other projects include Sejarah Singapura (2007), a panoramic film re-enacting key moments from Singapore’s pre-colonial history, commissioned by the National Museum of Singapore, which was awarded the Silver Medal for multimedia museum display at New York’s MUSE Awards; The King Lear Project (2008), a theatre piece that he conceived, wrote and co-directed, presented at KunstenFestivaldesArts, Brussels (2008) and Singapore Arts Festival (2008); Ho’s work has also been presented in exhibitions in Australia, Thailand and the United Kingdom.

His first feature film Here was shown at the Director’s Fortnight section of the 62nd Cannes International Film Festival in 2009. His recent works include the medium-length film Earth, commissioned by Singapore Arts Festival 2009, and Zarathustra and H the Happy Robot, commissioned by Asia Pacific Triennale 2009.

Tzu Nyen holds a Bachelor in Creative Arts from the University of Melbourne, Australia (1998-2001), and a Master of Art from the National University of Singapore’s Southeast Asian Studies Programme (2003-2007). Awards that he has won include the first prize in the Abstract Category of the 20th UOB Painting of the Year competition (2001), the JCCI Singapore Foundation Arts Award (2008) and the Singapore Youth Award for Arts and Culture (2009). He also writes on film and the visual arts, and is the Singapore Desk Editor for the magazine Art Asia Pacific (USA). 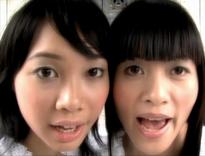