Alexis Destoop studied philosophy and he obtained a post-graduate in visual arts from Le Fresnoy (Tourcoing). He lives and works in Sydney and Brussels.

His work forms an ongoing investigation into the workings of the image.
His multilayered constructions in photography, installation and film examine the component elements of storytelling, the experience of time and the processes of identification and memory.
Appropriating visual archetypes and genre conventions, his work questions, reconfigures and short-circuits the meanings associated with them.
His practice originates from photography and is influenced by his experience in the performing arts as well as his studies in philosophy. He often works collaboratively, involving writers, performers and musicians.

Referencing classical representations of the human figure, his earlier works focus on notions of duration and performativity, as exemplified by the 3-channel video installations With Usura (2001 / 2004) and Ecce (2003).

Destoop’s first film works – I’m Happy Men (2005), and Pandora (2007) – investigate narrative construction and the status of fiction through formal experiments that strip the narrative of plot and obstruct identification with character.
The 2-channel video-installation Dwelling (2006-2009) is a meditation on “place” that suggests the bare outlines of a story: an event haunts the desolate setting without ever being revealed.

In recent years landscape has become his primary subject matter, which he treats with all its stratified meanings and histories. What distinguishes Destoop’s work is his interest in the artificiality of landscape: not as a natural object but as a thoroughly human construct.

With the ongoing project Four Directions of Heaven, he re-visits a series of “precarious” environments as expressions of the contemporary sublime through fictional narratives, exploring the complex fault lines and dissonances they reveal. 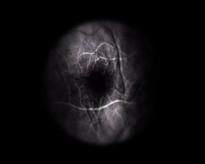 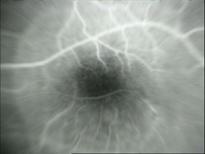