From 1980 until 1998 working as an independent ‘lighting cameraman’ (cineast) for industrial productions, publicity shootings, and freelance 16mm and video shootings for a great variety of TV stations, such as BRT/VRT, BBC, NHK, … Including journalist shootings for Panorama.

In 2010 publication of eBook about transformation (written under pseudonym). Since 2012 again active as a filmmaker, digital restoration 'Office Baroque' with Argos Arts and development of former unfinished projects in the ‘Cherica Archives’. 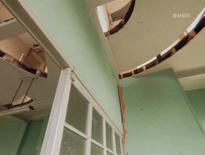