As in most of Lizène’s earlier films and videos, the title is completely self-explanatory. What we have here is a film in three parts, each filmed from the perspective of a different area of Lizène’s body: his eyes, his sex and his feet. The camera covers three times the very same distance, in the same crowded street, but as the perspective changes, the images turn more and more blurry, confusing, and consequently abstract. Lizène concludes: “The author does not appreciate his film much...if he has realized this, it is because from time to time he despises himself a little bit”. 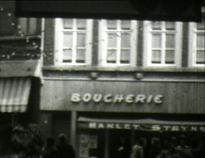 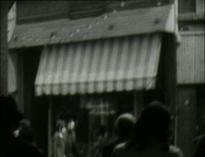 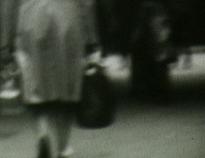 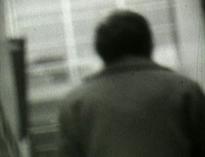