"To keep on and on going round oneself - clearly impossible but what else to do? I come back to myself as in a nostalgic dream each time filming what no longer exists what has died in me already the past and shadow of myself I keep in filming again and again to declare that I film not what I forgot to include but what didn’t yet exist ’Trying to describe oneself’ is a movie about representation, about how it is possible, through film, to describe oneself and describe others with the camera as mirror and third eye. It opens with a collage-like combination of letter-writing, investigation and journey, something between documentary and feature film. It concludes with a portrait of Boris Lehman from 1989 to 1995, part II of BABEL. "The camera gives concrete expression to my desire to see" (Johan van der Keuken)" (source: www.borislehman.be) 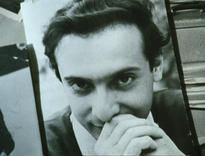 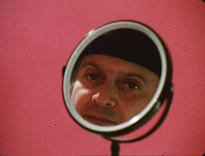 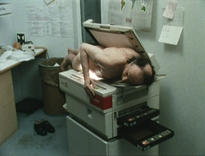 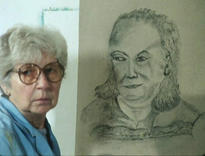