UNTITLED PART 1: EVERYTHING AND NOTHING

Part 1 of “untitled”, an ongoing videotape with no predetermined closure presents an intimate dialogue that weaves back and forth between representations of a figure (of resistance) and subject, with Soha Bechara ex-Lebanese National Resistance fighter in her Paris dorm room after release from captivity in El-Khiam torture and interrogation centre (S. Lebanon) where she had been detained for 10 years, 6 years in isolation. Revising notions of resistance, discussing the recounting to death of her account, notions of survival, will, separation, distance and closeness, the overexposed image and body of a surviving martyr speaks quietly and directly into the camera juxtaposed against her self and image, not speaking of the torture but of the distance between the subject and the loss, of what is left behind and what remains. 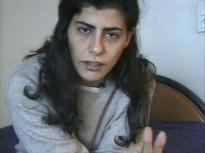 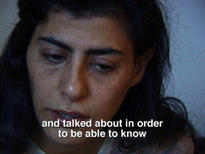 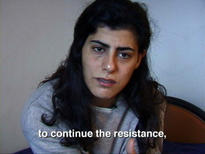