A fixed long viewpoint of a busy intersection is ultimately interrupted by a 180° travelling. A woman is sauntering along the street lines, almost bored. The passing of time is prominent. An everyday environment is rendered as a modernist architectonical environment; order and disorder are shown in observation, and dissected. Lines, surfaces and delineation are essential components in the conceptualization, representing a dialogue between the urbane space and the objects and characters situated in it. 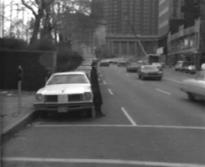 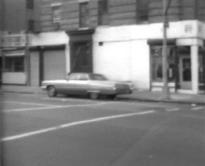 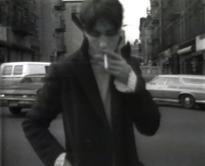 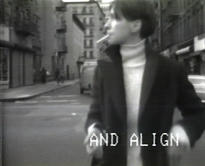